This novel is less a mystery than an in-depth examination of a few weeks in the life of an entertaining and intriguing family in suburban Texas. The mystery of who murdered a young homeless woman is really the framework from which to dangle a whole houseful of family members from bright children to irascible mother-in-law.

Eloise Pugh is a romance writer. She lives in Codderville, Texas, in a home undergoing construction of a major addition. In addition to the construction workers, assorted pets, and three children plus a husband are in residence. Written in the first person, readers are treated to EJ’s often delightful, practical and frequently artful coping techniques.

These are wonderful characters, created by a writer with great skill and a fine eye for detail. There just are no missteps, even among certain characters who I doubt very much are a routine part of the author’s environment.

EJ’s family is happily preparing for the imminent high school prom of one of her charges. Their mood is abruptly shattered when EJ’s errant sister-in-law is charged with the murder of that homeless woman. Never one to simply accept apparent reality, EJ determines to save her reluctant sister-in-law by finding the real murderer. EJ’s path of detection becomes a wandering, twisting road of deception, doubt and several surprises.

A lot of books are published every year in this country, far more than all the Internet, magazine and newspaper reviewers can possibly read, digest and then comment on. Here is one such that should have received more attention than it did when first released. Dexter Loomis is the only cop in Higgins Point, a small town in rural Wisconsin. As the novel opens, the mayor drops by and tells Loomis he’s being appointed chief, since the former chief abruptly left town.

Dexter is okay with that, mainly because he is yet ignorant of the gathering storm of crime about to descend on his town. Two suspicious deaths occur within days of each other, deaths that may or may not be related. In addition, Loomis has to cope with a loud and aggressive county sheriff who means to keep tight control of everything in his baliwick.

Loomis is smart enough, even though woefully inexperienced, to know he’s over his head and liable to sink quickly. So he calls the Wisconsin Department of Criminal Investigations for help. Enter an agent who has a direct connection to one of the murder victims. Since this is usually grounds for immediate recusal, the author has to work around this, which he does in a logical and clever way.

The writing is competent, smooth and the story develops logically as a reasonable pace. The book may be somewhat overly complicated, which leads to some unnecessary meandering, but the sense of the small community, its long time residents and the struggles of the principal characters provides a very nice if not exceptional novel of criminality and malfeasance in small-town America. Hachey’s tone and pace is just right for the setting, resulting in a very enjoyable reading experience.
Posted by carl brookins at 2:55 PM No comments: Links to this post 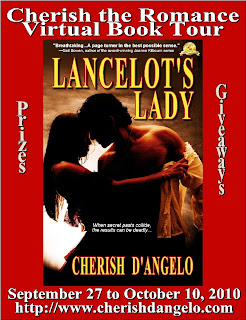 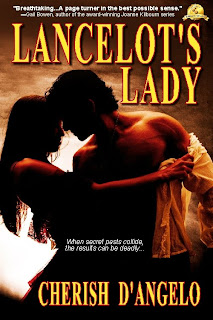 Dos and Dont's for Organizing an Online Blog Tour

While organizing my own 15 day/108 stop online tour, I was contacted by a number of authors who wanted me to host them during their tours. I was very happy to do so, but in the process, I learned that not everyone is as organized as I like to be. This brings me to today's post where I'll share some tips―some dos and don'ts for organizing an online book tour.

1. Do be organized; don't be disorganized. Keep a calendar on your computer where you can post dates as your hosts book them. Note down the host's name and the blog they've said they'll host you on. Some people have more than one blog, so this is an important step.

2. Do pay attention to details; don't ignore what your host wants. Keep all emails from your hosts for references. Some will tell you specifically what they want; some have preferences on topics or themes and on word count. Give your hosts what they ask for. Be sure to add your website and buy links to each blog post, and any contest information you may have.

3. Do send info early; don't leave it to the night before. Email your hosts at least 3 days before and include the MS Word doc of your post, plus attach your book cover and author photo as jpgs. Don't zip the files or use uncommon programs. If you don't have MS Word, ask your host what he/she prefers.

4. Do send a reminder; don't expect everyone to remember. Email your host the day before as a reminder and ask them to schedule your post to go live early in the morning. I prefer to send my guest's posts out around 3 AM.

5. Do make everything EASY for your hosts; don't make them chase down info or photos on websites. Give them what they need.

6. Do check your host's post the morning of your stop on their blog; don't just forget about them. Leave a comment and thank them.

7. Do be active; don't be inactive. Check the blog post throughout the day. Answer comments or questions from visitors. Check it again over the next couple of days.

Lancelot's Lady ~ A Bahamas holiday from dying billionaire JT Lance, a man with a dark secret, leads palliative nurse Rhianna McLeod to Jonathan, a man with his own troubled past, and Rhianna finds herself drawn to the handsome recluse, while unbeknownst to her, someone with a horrific plan is hunting her down.

Lancelot's Lady is available in ebook edition at KoboBooks, Amazon's Kindle Store, Smashwords and other ebook retailers. Help me celebrate by picking up a copy today and "Cherish the romance..."

You can learn more about Lancelot's Lady and Cherish D'Angelo (aka Cheryl Kaye Tardif) here or over here. Follow Cherish from September 27 to October 10 on her Cherish the Romance Virtual Book Tour and win prizes.

Authors & Readers: What do you like best about online book/blog tours?

Leave a comment here, with email address, to be entered into the prize draws. You're guaranteed to receive at least 1 free ebook just for doing so. Plus you'll be entered to win a Kobo ereader. Winners will be announced after October 10th.

Cherish/Cheryl
Posted by carl brookins at 12:01 AM No comments: Links to this post