The lakes are open and boating is on our minds. Here's an adventure in the British Virgin Islands, a prime sailing area. Tanner and Whitney journey to the Caribbean for a much needed vacation. Things take a wry turn when Tanner finds some currency floating near their anchored sailboat. Murder, mystery, smuggling and encounters with aggressive smugglers occur. Books available from various bookstores and especially from Once Upon A Crime onceuponacrimebooks.indielite.org and Amazon.com 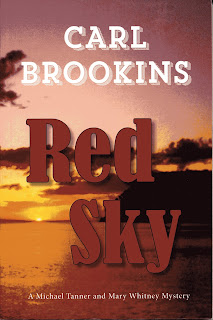 Posted by carl brookins at 1:12 PM No comments: 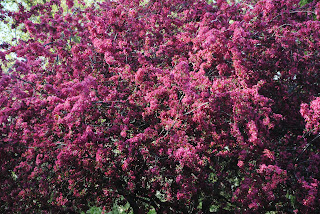 Posted by carl brookins at 9:57 AM No comments:

Annie Robinson is FALLING INTO CRIME


Here’s a fascinating trilogy of stories that follow the burgeoning career of a fledgling private investigator in the United Kingdom. Annie Raymond is a sharp young girl out of a small town not far from the Scottish border, who looks at her contemporaries and yearns for something more. Now she’s in Hull, a small city just south of Scotland on the Eastern side of the U.K.
Her dad is a local cop and Annie’s desire is to have a career as a private investigator. She’s been recruited to a job in a tiny agency in Hull. It will be her introduction to life as an investigator and her training ground. This story is called “Like False Money,” the second which takes place several years later with a different cast of characters is called “The Jawbone Gang,” and the third,  set in a later time after Annie has moved to a larger agency in London, is called “The Doll Makers.”
Even though the three stories cover a span of many years, nearly all the action takes place in and around Hull. Annie Raymond interacts in meaningful and logical ways with youngsters, adults and even some on the verge of conclusions to their long lives. The crimes she investigates and solves are varied and unusual. There’s a lot of description of people and places in this book, all adeptly handled such that it adds to tension and the narrative pace. Never will you find characters misplaced or misread, the writing is strong, consistent and enthralling.
Annie Raymond is a fine investigator, and an excellent protagonist. There are additional volumes to her life and career and her stories are attractive and addicting. I have no hesitation strongly recommending Annie Raymond as a private investigator readers will enjoy coming to know and follow.

Posted by carl brookins at 2:25 PM No comments:

An emotional, intense, persistent battle between attorneys who are brothers. Jake Lynch is the fictional District Attorney in Austin, Texas. His younger brother, Travis, also an attorney, struggles to make ends meet as the novel opens. Texas is a capital punishment state and part of the novel deals forcefully and thoughtfully with that issue.

The story is not, however a sociological or psychological treatise on the rights and wrongs nor on the social implications of an existing approach to capital murder. This is a bare-knuckle, stirring confrontation between opposing points of view in the persons of Travis and Jake.

The well written narrative switches between a decades old execution of a truly evil and unrepentant character and the truly awful results of the penetration of the modern drug culture into every aspect of Austin’s society. And while the well-defined characters raise several important tragic issues in the investigations and trials of some of the characters, the pace of the novel drives the narrative in relentless fashion through personal, political and even racial aspects.

Readers can ignore the sociological aspects and read the novel as a fine fascinating adventure. Or one could use the story as the basis for thoughtful debate. Either way, I recommend the novel without reservation.
Posted by carl brookins at 10:37 AM No comments:

FACE TO FACE: HMONG WOMEN’S EXPERIENCE
An intense, moving tale of five Hmong women from (almost) birth to maturity. This is not fictional tale, this the real stuff, related on a simple unadorned stage by these five women. They tell their real personal stories with the help of a professional writer and two co-directors. The series began in 1962 from Ping Chong + Company and known as Undesirable Elements.
The women’s stories were personal, and by turns uplifting, sad irking and even embarrassing. But the seventy-five minute production on the bare stage is often mesmerizing and worth attending. The production is available at Park Square Theatre through March 15.
Posted by carl brookins at 10:09 PM No comments: